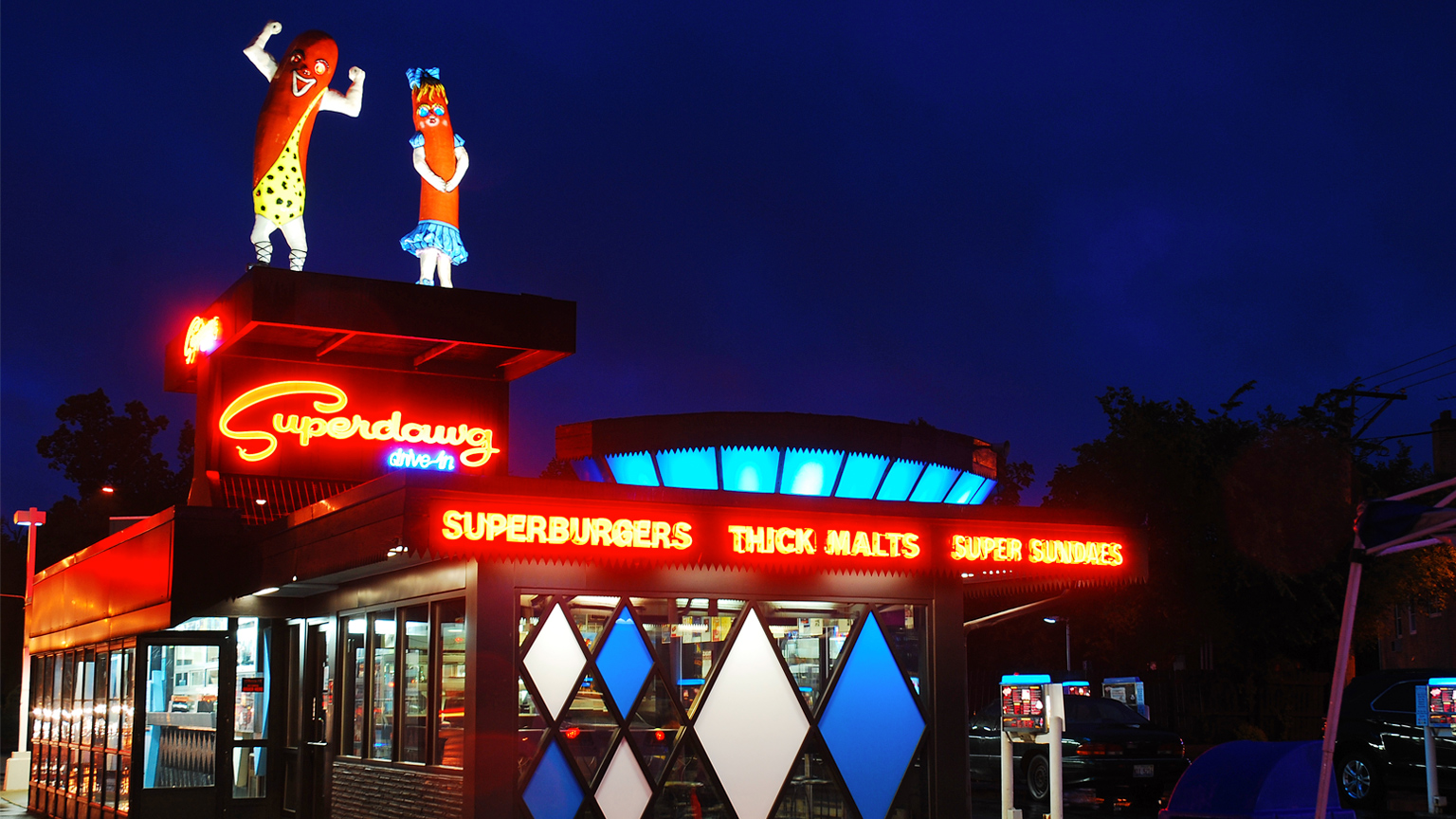 “A delightful meal, served at your wheel.”

–slogan of the Pig Stand, the first drive-in-restaurant

If you are an American born sometime during the first three-quarters of the 20th century, it is likely that you have taken advantage of a fun summertime dining trend perfect for these “socially distanced” times: – the drive-in restaurant.

As opposed to the drive-through (or “drive-thru” as many such eateries billed themselves to cut down on signage costs), at which diners order food to be consumed elsewhere, the drive-in enabled customers to enjoy a meal right in their car, in a parking space outside the restaurant. And the drive-in might partially explain why your car’s interior includes cup holders.

The drive-in restaurant has been around longer than you might think. It was the brainchild of a Dallas entrepreneur, Jesse Kirby, who had heretofore been a purveyor of sundries such as tobacco and candy. In the wake of World War I, noting the growing popularity of automobiles in American culture (and, he said, the “laziness” of drivers), Kirby persuaded a local physician, Reuben Jackson, to invest in a new venture that capitalized on this trend. Instead of serving customers at a table, a young server known as a “carhop” walked, ran, or later roller-skated up to a parked car to take orders, which arrived on a cleverly designed aluminum tray that clipped onto the patron’s car door.

In 1921, on the route between Fort Worth and Dallas, Kirby opened his original Pig Stand, so named because of its chopped pork sandwiches, which stood out among the beef and brisket items sold by most of his area competitors. The eatery’s fare, however, quickly took a back seat to the novelty of its delivery. At first, most carhops were clean-cut young men in bowties, who “hopped” onto the running board of a car to wait on customers. As Kirby’s lone restaurant expanded beyond Texas and morphed into a highly successful chain, and his idea spread to other food emporiums competing for customers (including the A&W Root Beer chain), the male carhops gradually gave way to a fleet of attractive young women sporting eye-catching uniforms with short skirts reminiscent of majorettes or cheerleaders. The menus expanded, too, to hamburgers, hot dogs and chilidogs (known as “Coney Islands” or “Coneys”), French fries, soft drinks, milkshakes, and other ice cream concoctions.

The Pig Stand chain, by the way, has two other culinary claims to fame: the accidental invention of the onion ring, which came about sometime in the 1930s when an onion slice fell into a bowl of breading batter and a curious cook fished it out and dropped it into the fryer. (Could this also have started the “deep-frying anything” craze at state fairs?) Additionally, one day in the 1940s, having mistakenly ordered bread slices that were too thick to fit into the restaurant’s toaster, a cook instead tossed the bread onto a hot grill, and voilà! Texas Toast was born.

Drive-in restaurants have been a feature in entertainment – notably, as a hangout and date destination for teens in the film American Graffiti and the television series Happy Days, and where Spencer Tracy famously ordered “fresh Oregon boysenberry” sherbet from a deadpan girl carhop in Guess Who’s Coming to Dinner? Even The Flintstones got into the act. And while the true heyday of the drive-in was from the late 1930s through the 1960s, there are plenty still around today, including Norwood Park’s own iconic Superdawg and other eateries around Illinois.

Later, the majority of drive-in restaurants, probably to eliminate the expense of carhops, gave way to drive-throughs with long lines and intercoms and quirky walk-ups (The Wiener's Circle, anyone?). 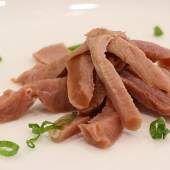 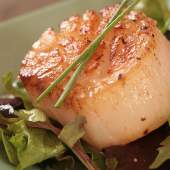 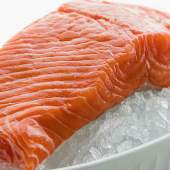