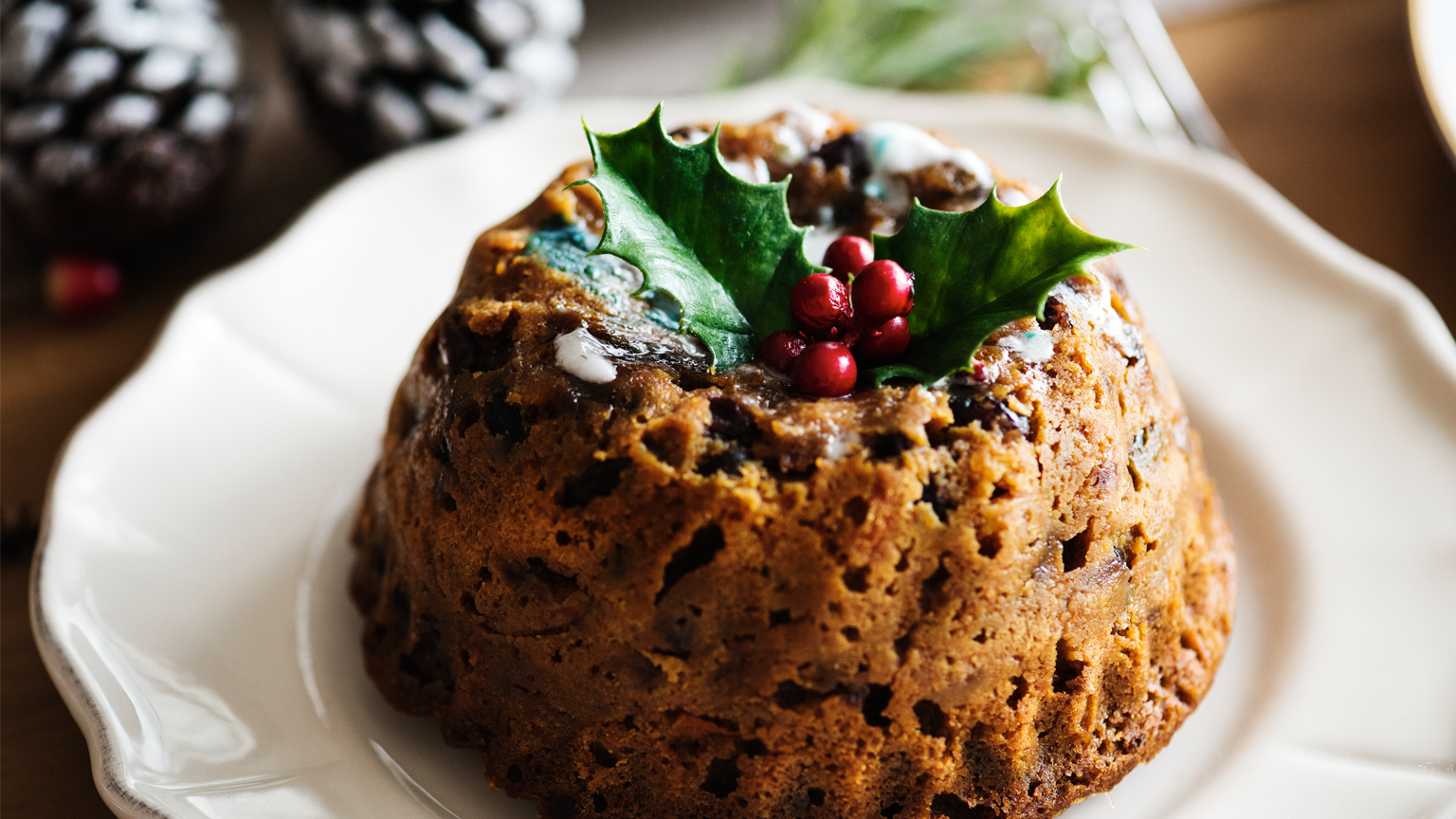 “The children were nestled all snug in their beds,
While visions of sugar plums danced in their heads.”

What is a sugar plum, anyway?

As travel expert Rick Steves can tell you, each country the world over has its own special Christmas traditions, which includes what foods you find on the Christmas dinner table. Here in America, many of the holiday mainstays we enjoy were brought over by our ancestors when they emigrated, and standard fare can vary by U.S. region, and even by state. But whether you dine on Christmas Eve or Christmas Day, some are universal. Here are the origins of a few of them:

Fruitcake: According to the Smithsonian, fruitcake started out as a sort of “energy bar” popular with the ancient Romans, who made it out of “a mishmash of barley, pomegranate seeds, nuts and raisins.” The modern fruitcake as we know it came about in the Middle Ages, as dried fruits arrived on the scene and people decided they would taste good in bread. How did fruitcake get such a bad name? The Smithsonian thinks it may have started “in the early 20th century when mass-produced mail-order fruitcakes became available, creating the regrettably classic image of a dry, leaden cake encrusted with garish candied fruits and pecans.” Suggestion: make your own and use lots of brandy. Or rum. Or wine.

Eggnog: This delicious drink dates from early medieval times, when it was known as a “posset” that also included figs, popular with the wealthy who had easy access to its ingredients. Eggnog was not connected with the holidays until it crossed over to America in the 1700s, where, due to the multitude of farms, eggs were cheaper (and so was rum, an increasingly vital component), so it was readily available to the masses, who often utilized it in toasts to good luck and prosperity. As far as the name goes, “nog” comes from either “noggin” (a cup made of wood) or “grog” (beer). The term “eggnog” began to be used sometime around the time of the Revolutionary War.

Figgy pudding (from “We Wish You a Merry Christmas,” of course) is not really a pudding, nor does it necessarily contain figs. It is either a plum or raisin cake with currants, orange peel, and spices that is served with brandy poured over it and set on fire. The flame is allegedly supposed to represent the passion of Christ, and looks pretty impressive, too.

Candy Canes: Nobody is certain where these originated or why they became associated with Christmas, but here’s a story that is as plausible as any: in the late 1600s, a German choirmaster handed out sugary sticks to children to keep them occupied during long nativity services, and the later “J” shape stood either for “Jesus” or for a shepherd’s crook, to signify the shepherds that figure in the story of the first Christmas. It wasn’t until the turn of the 20th century that the candy cane got its stripes and peppermint flavoring. In the 1920s, a candy company in Georgia came up with a way to mass-produce them, and it still sells them today. 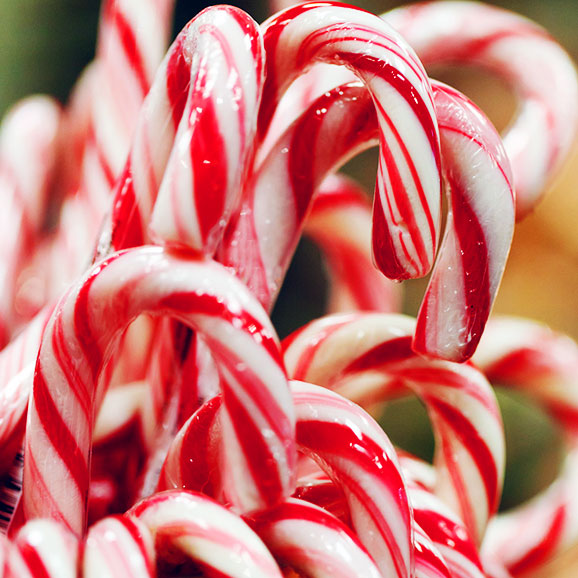 Wassail (As in “Here We Come A-Wassailing…”): The term “wassail” means “good health,” and the beverage was originally composed of roasted apples, eggs, sugar, cream, mulled ale, cloves, ginger, and nutmeg. Drinking it was known, of course, as “wassailing.” It was consumed, piping hot, from a large bowl.

Sugar Plums: According to the Oxford English Dictionary, a sugar plum is actually a “comfit” – a “seed, nut, or scrap of spice coated with a layer of hard sugar” reminiscent of an M&M. No surprise: sugar plums didn't have anything to do with plums. Interestingly, the term “sugar plum” was also used as a verb, meaning “to sweet talk,” “fawn over,” or “make up to.”

A couple of fun links:

If you ever thought about recreating an authentic American Christmas dinner from another era, The Food Timeline has you covered! Here, among many other fascinating tidbits, we can see what was on the (very long) menu at Mount Vernon when George Washington celebrated Christmas there in the 1790s. (Trust us…you will wonder how he and his guests managed to get up from the table afterward.)

Also, of course, people did dine out for Christmas dinner. Thanks to the Chicago Daily Tribune, which marked Christmas 1906 with an in-depth expose on this topic, we know roughly how many Chicagoans (“millionaire to hobo”) enjoyed their Christmas dinner at restaurants or hotels, what they ate, and how much on average each demographic spent for their dinner (while exploring the vast social and economic divide between the classes). Get out your magnifying glass and examine this fascinating snapshot of Chicago’s dining habits shortly after the dawn of the 20th century.

And have yourself a merry little Christmas! 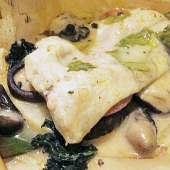 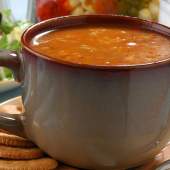 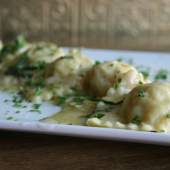