This week on Check, Please! A Presidential Inauguration Special

As many of you know, in 2001, when Barack Obama was a State Senator representing Chicago’s 13th district, he also taped an episode of Check, Please! He recommended Hyde Park’s Dixie Kitchen, and was joined at the table by a firefighter who chose an Edison Park trattoria and an assistant buyer who selected a French bistro in Bucktown. This was extremely early in the days of Check, Please! It was the fifth show we ever taped, and the premiere was still another two months away. Basically, no one other than myself, our staff, and our host, Amanda Puck, even knew what Check, Please! was. In fact, since we were just starting, we hardly had any guest submissions, so in most of our first handful of shows, many of the guests were friends of the staff. The firefighter was an acquaintance of my business partner, the buyer was a pal of our production assistant, and Michelle and Barack Obama and I were close enough to go out to dinner a few times and chat on the phone. So, when Check, Please! started production, I knew Barack would be a great guest so I called him to invite him to participate and he graciously accepted.

It was an interesting, diverse group. In fact, in between segments a camera was still rolling when the conversation centered around one of our guest’s “tattoo sleeves.” Who knew that Obama had an opinion about tats in 2001? Watch this clip.

This was back on August 14, 2001. Each of the four episodes we taped up to that point was a breeze. Guests were energized, talkative, and having fun. Life was good and we thought that when the shows aired, people might actually watch them. You never know with TV…sometimes things connect, sometimes they don’t. So when the guests showed up in the studio that Monday morning, we were ready for another lively conversation. Unfortunately, the fireman froze and the buyer got nervous as well. The future President was relaxed and confident, so he did most of the talking. I was a little concerned, and maybe even agitated. I was in uncharted territory. All the other shows were so easy. I came out a few times toward the end to try to get a few more usable minutes. Maybe I could get the other two guests to step up or save the show with some creativity? Maybe Obama would come to my aid? Or, perhaps, since we were friends, he’d use some sarcasm to try to motivate his table mates. Here’s a clip.

If we taped that exact show today, after 12 seasons under our collective belts, we would know how to make it work. We’d balance it out through editing and shots of the restaurants and everyone would be generally happy. But this was when we were just starting and we wanted to come out of the gate strong. So, I decided to shelve the show. I still remember calling Obama to tell him that it didn’t work out and he totally understood and suggested that we could grab lunch soon. I don’t believe we ever did have that lunch, but I do understand that the food at the White House is pretty tasty. 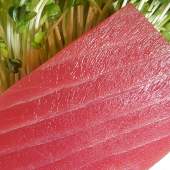 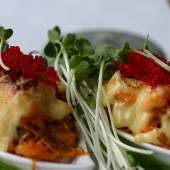 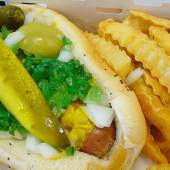