“There’s only one fruitcake in the world, and people keep sending it to each other.”

“Nobody in the United States has ever bought a fruitcake for himself.”

There doesn’t seem to be much middle ground when it comes to the ubiquitous Yuletide fruitcake – people either love it beyond all reason or loathe it with the heat of a thousand fiery suns. How did this controversial dessert/”it’s-the-thought-that-counts” holiday gift/flying projectile become synonymous with Christmas, and how long has it been in existence?

To answer the first question: sadly, nobody knows for sure. But it is thought that the Victorians are to blame, as they liked to make and serve fruitcake all year round, including at birthday and anniversary celebrations. (Case in point: contestants on The Great British Baking Show tackled a quintessential Victorian fruitcake that sported a tennis court on top.) Perhaps the idea of holiday fruitcake is connected with plum pudding, which often incorporated other fruits and was most certainly a Christmas mainstay.

To answer the second question: fruitcake, in some form or other, has been around for a very long time – since the ancient Romans, to be exact. It didn’t actually start out as a cake, but as something that today we might classify as a (massively) oversized energy bar…it was made from seeds, nuts, dried fruits, and barley mash, laced heavily with wine and honey before being formed into a cake-shaped object. (Yum!) According to the New York Times, the Romans called this creation a satura, a word that is also the root of satire¸ meaning, as it does, “a mix of many ingredients sour and sweet.”

By the Middle Ages, bakers began to jettison the seeds and mash in favor of fruits, and strove to create something that is much closer to what we know as a cake. But it appears that they kept the alcohol as part of the recipe – perhaps not only for its taste, but also for its role as a preservative. Fruitcake then became a valuable foodstuff, as it got families through a long winter when fresh fruit was unattainable.

So how did fruitcake go from a hot commodity to the running joke that it is today? (Not to everyone, obviously – Martha Stewart, for one, touts several kinds of fruitcake recipes.) Possibly it’s because it began to be manufactured in bulk, and the cake-to-candied-fruit quotient was thrown off balance. Homemade is always better, but this seems to be especially true of fruitcake. Truman Capote’s aunt would know – for a number of years, she was (fun fact!) “The Fruitcake Lady,” “telling it like it is” to advice seekers on The Tonight Show.

If you really can’t bring yourself to eat fruitcake but still want to interact with it, and will find yourself in the vicinity of Manitou Springs, Colorado on January 26, you can take part in the town’s annual Great Fruitcake Toss – admission is a non-perishable food item for the town’s food bank, and fruitcakes are available to rent for $1. There is a bakeoff and a costume contest, too, plus prizes for creativity in fruitcake-tossing (and catching) technique. You can toss by hand, or take advantage of the event’s unique three-man mechanical fruitcake slingshot.

How does fruitcake hold up during this treatment? Very well, of course! Because, as author and satirist Russell Baker once said, “Fruitcake is forever.” 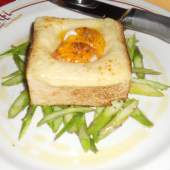 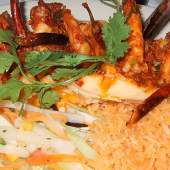 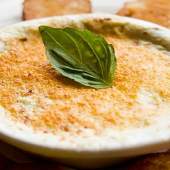