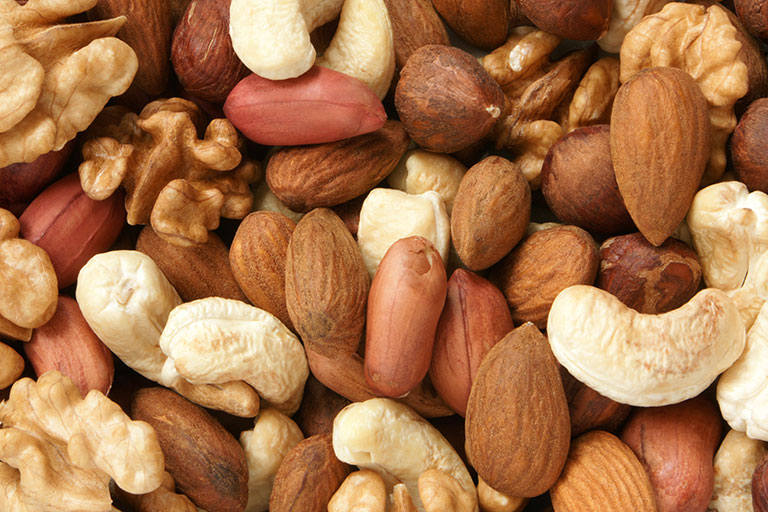 “Buy me some peanuts and Cracker Jack…”

Americans celebrate National Macadamia Nut Day in September. Not that we need an excuse to extol the virtues of this portable, vegan-friendly, lots-of-bang-for-your-nutritional-buck, versatile food. But what are nuts, how long have they been a thing, where did they come from, and why should they be a part of our diet?

Did you know that nuts (at least those with a hard shell) are actually a fruit? And that something called a nut for culinary purposes might instead be a kernel, a drupe, a legume, or a seed? And that the ones that are seeds could be either a gymnosperm or an angiosperm?

Nuts have been around since prehistoric times. According to How Stuff Works: “A recent archeological excavation in Israel found remnants of seven types of nuts and a variety of primitive nutcrackers that scientists believe date back 780,000 years [good news, as modern dentistry was many millennia in the future]. A dig in Iraq uncovered evidence of nut consumption that dates back to 50,000 BC. And in Texas, pecan shells were unearthed near human artifacts that may date back to 6,000 BC.”

Apart from their great taste, nuts have long been an effective energy source due to their high oil content. Because of that and their low cholesterol count as well as the presence of omega-3 fatty acids and other vital nutrients, nuts are considered to be a “good fat.” Another reason for their popularity? Longevity – they store well during long, harsh winters, when other protein sources might be limited.

How about some other fun facts? Courtesy of John’s Bathroom Reader (seriously):

Also, the Mr. Peanut character (front man for Planter’s Peanuts) was dreamed up by a 13-year-old boy who entered his drawing in a contest staged by the company in 1916. His prize: $5.00 (not as stingy as it sounds…the equivalent today is $117.20). Artists later added Mr. Peanut’s distinctive accessories – monocle, white gloves, top hat, and cane – and his resemblance to Fred Astaire is purely coincidental.

Peanuts and their many applications were popularized, of course, by George Washington Carver, known as the “father of the peanut industry.” 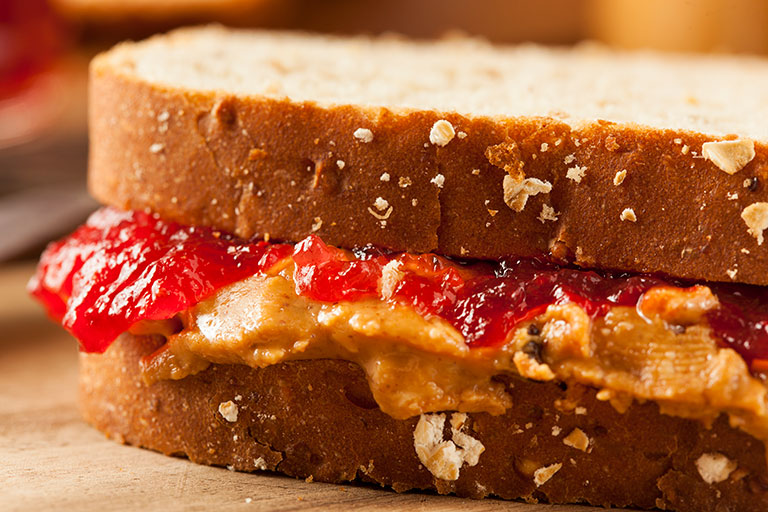 Peanut butter was created in 1890 by a doctor in St. Louis as a workable solution for his patients with bad teeth. And how about the PB&J? During World War II, peanut butter and jelly, as separate entities, were on the ration list for American GIs, and it’s possible they combined them in a sandwich to make the peanut butter go down easier. The invention of pre-sliced white bread made the PB&J an easy slam-dunk for school lunchboxes. (Substitute Marshmallow Fluff for the jam, and you’ve got yourself a fluffernutter.)

One step above peanut butter is Nutella, the most popular Italian import since pizza, which came about because of a cocoa shortage after World War II. In Piedmont, Italy, pastry chef Pietro Ferrero devised a paste of hazelnuts which was augmented by a dash of cocoa and sugar. Originally, it was so thick that it could be sliced like lunchmeat and served on a slice of bread. Later, it became the spread with which we are familiar today, although many people (not that we would know anything about this) love to eat it right out of the jar.

Finally, we can’t leave this topic without talking about Cracker Jack, which, like many foods still popular today, was introduced at the 1893 Columbian Exposition in Chicago. You can thank F.W. Rueckheim for this concoction of “caramel-coated popcorn, peanuts, and a prize.” It’s safe to say that Cracker Jack’s famous slogan is true of pretty much all nuts: “The More You Eat, the More You Want.” 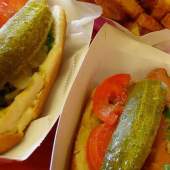 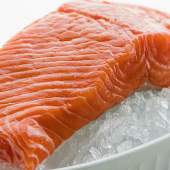 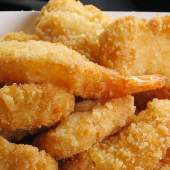