Hey look who’s on Check, Please! this week. It’s Steve Dahl, former radio personality and now podcaster! Much younger viewers may not be familiar with the witty Steve Dahl but he is one of the most well known ‘shock jocks’ in Chicago radio history. For many our WTTW staff, it was a real treat to see him walking through our halls for the taping of the show. Regardless of our careers in media, we still get excited when we have someone ‘famous’ in the house. I received several calls on the day of our studio recording with co-workers saying, ‘Is that who I think it is?’ I’m not a big fan of shock jocks myself so if he had surfaced in our studio halls years ago I might have steered clear. But to my delight he was very pleasant or as our executive producer put it, ‘someone you want to have a beer with.’

Guest reviewer Steve recommended his favorite Italian eatery, Davanti Enoteca. Not really knowing for sure because he has never been to Italy and isn’t Italian, he tells us it’s authentic…the real deal. Luckily, guest reviewer Rose, who has visited Italy, had to agree. She was very excited to tell us that the pizza was the closest to pizza to what she has experienced in Florence.

Authentic is a word you will hear a lot on our show when people are referring to ethnic cuisines. In my opinion, it might be a word that is used too often to describe a culinary experience. Not because it’s not true, but because it doesn’t always complete the idea. I know I’m being a bit nitpicky, but when I hear this repeatedly as we’re producing this show, I find myself wanting to know more. For example, saying that a dish is authentically Italian gives us the idea that the food is made with an old-world technique and skill, and that sounds great. Who wouldn’t like a dish that has the flavor of your grandmother’s best family recipe? But ‘authentically Italian’ is only part of the picture; it’s just not descriptive enough for me. Italy is a big country, with a variety of food styles and preparation. Classically Italian dishes are simple, using no more than eight or nine ingredients; regionalism makes the difference. While pasta is a staple of Italian cuisine, the treatment of pasta may vary in northern Italian and southern Italian dishes. By the same token, Middle Eastern cuisine varies greatly as well. Reviewer Ronia recommended Alhambra Palace and says their dishes are deliciously authentic Middle Eastern fare. There’s that word again. The owner of Alhambra Palace breaks this down further for us by explaining that the menu is primarily Moroccan. While Middle Eastern suggests a region of the world and conjures up commonly used ingredients like olives, olive oils, sesame seeds, and chickpeas, the techniques and application of these ingredients within a recipe can vary wildly. The description of the cuisine as authentically Moroccan makes you (or at least me) think of spicy dishes inspired by Moorish, Mediterranean, and Arab influences. These dishes are actually spicier than other Middle Eastern cuisine.

Reviewer Rose introduces us to a neighborhood barbeque favorite called Smoque. Rose was new to barbeque when she first was discovered Smoque. As she explains, she didn’t know that she would be a fan of this kind of food, but Smoque is now the benchmark by which she measures all other barbeque. Is it authentic southern barbeque? Our friend Steve sure thinks so! But I think you should decide for yourself. Barbeque is one of those things that can make enemies of friends – it’s a dicey debate I’d rather not get into. All I know is that all of our guests wholeheartedly agreed that Smoque is delicious barbeque. Ultimately, I guess that’s all that really matters! 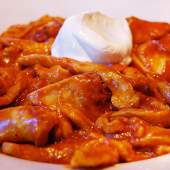 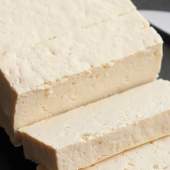 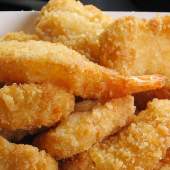